What effect will the mega factory have on the solar panel market? According to PV Tech , the plan is intended to significantly reduce the manufacturing costs of PV modules.

Hans van Cleef, senior energy economist at ABN-Amro: “Such extra production capacity can further reduce the cost of solar panels. It does depend on the quality and efficiency of the solar panels. But politically, this is a welcome signal, because a lower price contributes to accelerating the energy transition. It also creates further pressure to increase efficiency and cut costs for other producers. ” 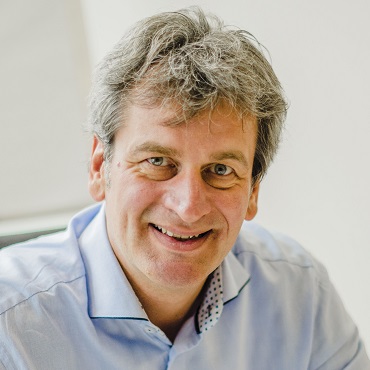 Gerard Scheper of PV supplier Talesun: “One manufacturer chooses to take over smaller manufacturers to increase production capacity, but the Chinese GCL chooses to create production capacity itself. That is a good plan, because it can cover the growing demand for solar panels. In addition, it creates more clarity in the market. Solar energy is getting cheaper and initiatives like this are accelerating. ”

Wim Sinke, professor of solar energy: “GCL is not building the 60 gigawatt peak factory in one go. That makes sense, because there is not yet a market for so much extra capacity. We know from the past what major overproduction can do with prices and margins. Nobody is waiting for that. Undoubtedly, due to its enormous size, this extra capacity will result in (even) lower costs, especially because GCL is a so-called integrated producer (or actually: becoming). They were already the largest in the field of silicon and wafers and are now expanding that into cells and panels. ”

Sinke warns against too much dependence on China. “I find a complete dependence of the Netherlands, Europe and other parts of the world on one country for the production and supply of such a crucial high-tech good as solar energy technology. I’m not alone in that. Moreover, we are also missing out on enormous economic opportunities. Let the announcement of GCL be a wake-up call to realize our own ambitions and plans in Europe as well. The motto is ‘Bringing PV back to Europe’. ”

Is GCL’s plan serious, or a strategic move to distract shareholders from bad news from the corona virus ?

Sinke: “I consider GCL as a top player in the world too serious to make this kind of announcement lightly or as a PR stunt. Nevertheless, some caution is advised, because an announcement is not yet a running factory. GCL will also carefully monitor market developments. I once heard the CTO of a well-known cell manufacturer say to the audience at the end of a presentation about their technology: ‘I hope this scares you off’. Something like that could also be in this announcement. ”

Scheper: “The Chinese are usually serious about their plans. Timing may sometimes differ, but often with the government as the mainstay, we can take these kinds of initiatives seriously. The Chinese do not communicate when there is bad news, we as Europeans always tell outwards that no one should worry. We now know that we have to be concerned then, with the Chinese it becomes exciting when you don’t hear anything anymore. ”

Van Cleef: “I dare not say whether it is a diversionary maneuver. It is, however, a well-known strategy to invest big when things are not going well economically. And since China is still the country of the big numbers, this will be quite serious. The question is to what extent the Chinese government supports this. We must of course wait and see to what extent the ambition will be in line with reality. ”

China plans to build 150 GW of coal-fired power plants in five years, Helenic Shipping News reports . Then the 60 GW of solar PV looks like a drop in a glowing place. Once?

Scheper: “No. China uses 50% from coal for its energy consumption and less than 10% from solar energy. But the future is hopeful. China is industrializing at a rapid pace, but in terms of sustainability they are already a light year ahead of us. Europe and the United States, with 750 million inhabitants, have used half of the energy in the past 50 years, so we are also largely responsible for the current situation. It is now the turn of India and China with over 2 billion inhabitants. It is good that solar is amply represented in this. ”

Van Cleef: “Coal-fired power plants and PV factories are two different things. The coal-fired power stations are intended for the local Chinese electricity market. The solar panels will also largely be produced for export. That does not have to bite each other. In addition, electricity demand in China is still increasing rapidly, and there is no betting on one horse to be able to supply electricity. ”

Sinke: “The comparison with coal-fired power stations is often made, but is completely flawed. Global coal demand is at its peak and will inevitably fall. The solar energy sector has been growing at double digits for decades and is now entering the terawatt era. In addition, a solar panel factory produces new solar power production capacity every year. Admittedly, phasing out fossil fuels is a tough problem, but for me the glass is half full, or rather, almost full. ” 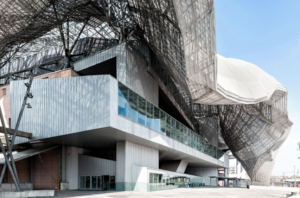 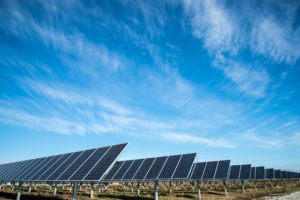 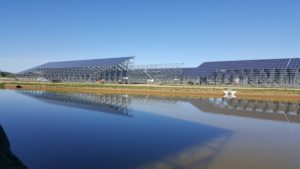 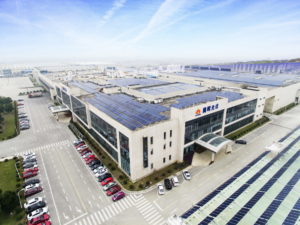