In the heart of Bavaria

This solar installation was made by covering flat roofs with TP660P polycrystalline modules in order to obtain maximum profitability.

Augsburg is a city located in the Land of Bavaria in Germany. University and industrial city, Augsburg is the capital of the district of Swabia. The city is renowned for its palaces, churches and town hall dating from the 15th and 16th centuries. The city has almost 300,000 inhabitants and is thus, after Munich and Nuremberg, the third largest city in Bavaria. It is crossed by a tributary of the Danube, the Lech and is an important industrial center. The city has a humid continental climate with no dry season. Augsburg is a city with a significant rainfall even in the driest month there is a lot of rain. The average temperature in Augsburg is 8.2 ° C and the average rainfall is 815.5 mm. 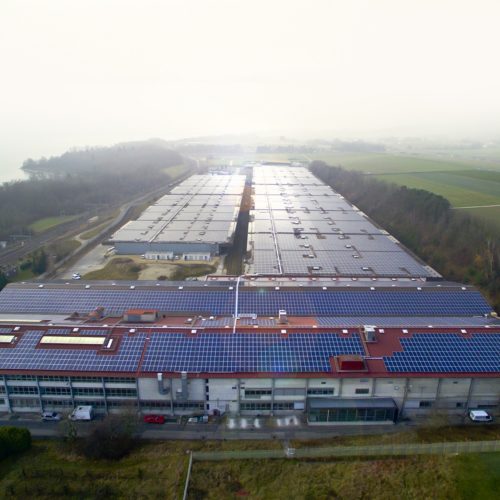 7MW of monocrystalline modules in Switzerland

This creation consists of 26,000 TALESUN TP660M Feather monocrystalline panels of 275 Wp, chosen for their lightness and their performance.
Voir la réalisation 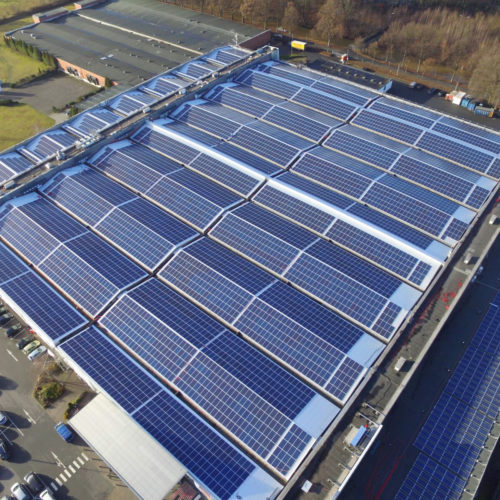 This German shopping center installed this ecological 2.2 MVW photovoltaic system on its commercial roof located in Nordhorn in Germany.
Voir la réalisation
By continuing to browse our site, you accept the deposit of cookies allowing Talesun and its partners to offer you offers and content tailored to your interests and to analyze traffic to optimize your user experience.OKDECLINEPrivacy policy